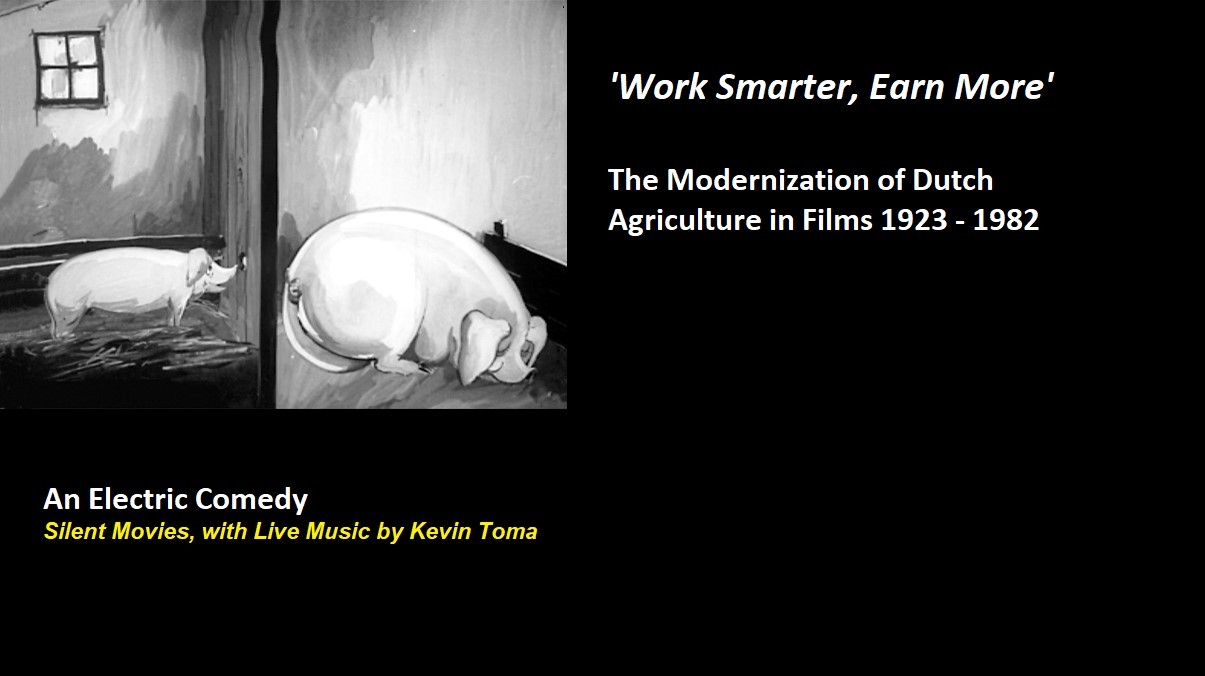 ‘Work Smarter, Earn More’
The Modernization of Dutch Agriculture in Films 1923-1982
Studium Generale Series organized in collaboration with the Netherlands Institute for Sound and Vision

We start with an afternoon for lovers of silent movies and old electrical devices. The main course is An Electric Comedy (1942, 42 min), in which a farmer couple discovers the convenience of electrical devices when they visit friends in the city. They decide to find out more for themselves. Together with them we learn via demonstrations among others how electricity can be used to ease farm cheese making.

Before An Electric Comedy we show three short movies. As One Feeds, As One Farms (1923, 10 min.) is the first act of a commercial film of Sluis, a bird feed factory. Who Grows the Best Potatoes (1925, 5 min.) and The Smart Pig (1935, 5 min.) are animated information movies, the second one promoting the benefits of electric feeding.

The Modernization of Dutch Agriculture in Films 1923-1982
Studium Generale

Part of ‘Work Smarter, Earn More’: The Modernization of Dutch Agriculture in Films 1923-1982. Studium Generale Series organized in collaboration with the Netherlands Institute for Sound and Vision