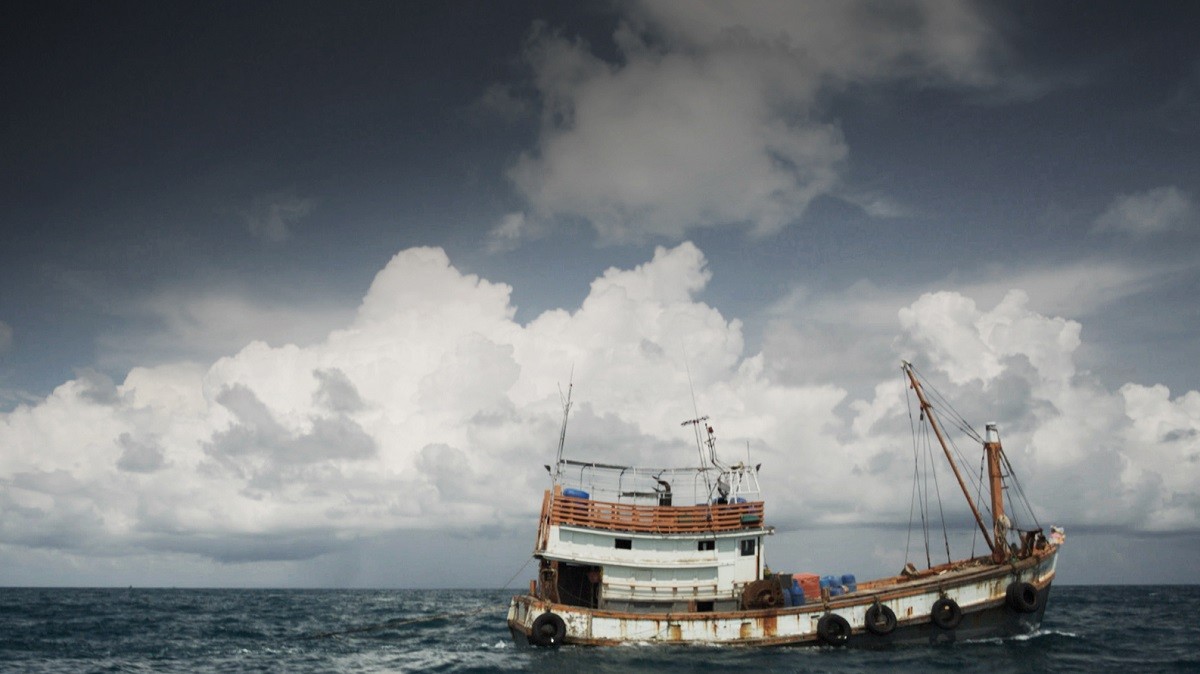 Film in the ‘Movies that Matter on Tour’ series, followed by a discussion, organized by Amnesty International Wageningen.

Thailand is one of the world’s biggest seafood suppliers. However, ships need to head out farther from shore to make their quota, sometimes sailing for years in a row. As a result, the Thai seafood industry is facing a huge shortage of fishermen. Human traffickers kidnap young boys from the surrounding countries and sell them to the fishing companies. These kidnap victims are forced to work on ships under harsh conditions for years.

The film follows Patima Tungpuchayakul who runs an organization that offers assistance to former slaves. She undertakes an expedition to Indonesia. There she hopes to find a number of former slaves who are hiding on some islands near the coast, in order to take them home and reunite them with their families.

Ghost Fleet won the Audience Award and the Activist Documentary Award at the Movies that Matter Festival 2019.