Santiago, 1948: on President Videla’s instructions police inspector Oscar Peluchonneau (Gael García Bernal) pursues future Nobel Prize winner Pablo Neruda, the country’s most beloved poet, who at the time was also a communist senator. Neruda had voiced criticism of Videla’s regime, which prohibited communism. For Neruda the persecution offers heroic possibilities: the chance to become both a symbol of freedom and a literary legend. But headstrong Peluchonneau, who himself aspires to be the hero in the story, is not about to let that happen. 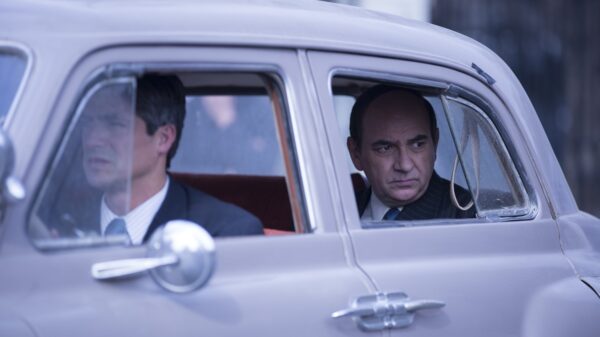 In this tragicomedy and in parts surreal film the beautifully lit scenes invite the viewer to imagine he or she is present at events in the history of Chile. The poet’s persecution also provides a vehicle for a story about the jealousy of a hardworking civil servant for a free-thinking artist and womaniser like Neruda. The film shows the hypocrisy of both the political Left and Right. In addition, director Pablo Larraín, who previously made ‘No’ en ‘El Club’, transcends the genre of the biopic by combining elements from the film noir and western genres. The sensitive soundtrack adds to the fabulous cinematography in creating the film’s mysticism and magnificent poetry. Neruda, which has already won nine international film awards, was therefore justly nominated for the Best Motion Picture (Foreign Language) Golden Globe in 2017.