In the beautifully designed fairytale Down by Law we experience many tragicomic events in the lives of three men seeking their dream and happiness in life.

DJ Zack (Tom Waits), pimp Jack (John Lurie) and the displaced Italian tourist Roberto (Roberto Benigni) escape from a jail in the Louisiana swamps. Zack and Jack are innocent and Roberto has ‘only’ murdered a bad man. Fleeing from the authorities, they try to pick up the threads of their dislocated lives. Meanwhile they reflect on their lives in jail, in Jarmusch’s unique ‘deadpan comedy style’ in which the songs of Tom Waits form the connecting element. 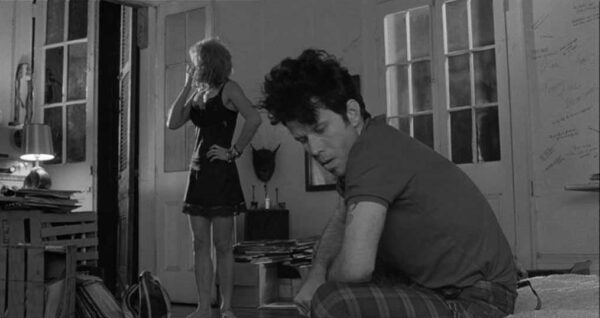 Comic Roberto Benigni (known from films such as ‘La Vitta è Bella’) speaks barely any English, but does his best, which is very entertaining. He believes everything he is told, and continues to exclaim with great enthusiasm: “It’s a sad and wonderful world!” And it is he who eventually knows the escape route…

The Way of Jim Jarmusch

New York film director Jim Jarmusch (1953) is one of the most successful independent American filmmakers of all time. Many of his wry films have become classics, in which the main characters are strangers in their own countries. Prompted by his latest film ‘Paterson’ (2016), the EYE film museum has reissued his classics in digitally restored cinema versions. At Movie W you can enjoy Jarmusch’s three best films: ‘Stranger than Paradise’ (1984), ‘Down by Law’ (1986) and ‘Dead Man’ (1995).