An extraordinarily intimate movie about the resilience of children, who see reality with much more optimism than adults do

Each of these children deals with difficult circumstances in their own way. With her poetic, observational style, Van Campen paints a portrait not only of their daily lives, but also – especially – of their resilient souls. Tales about djinns, supernatural beings that can be good or evil, are woven into the film.

Zaatari is an improvised city of 80,000 people in the middle of the Jordanian desert, on the Syrian border. Instead of homes, there are prefab buildings; instead of roads, sandy tracks. About 80 per cent of the residents are children from war-torn Syria. 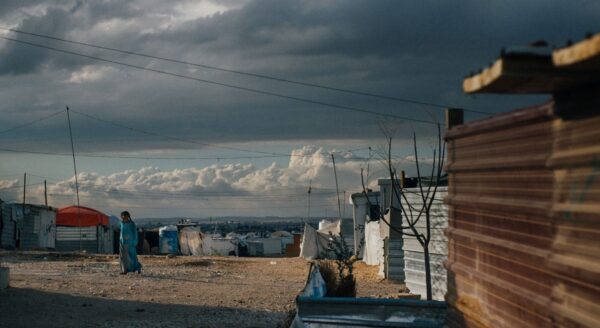 Maryam, a 15-year-old daydreamer, finds her distractions in football training and theatre rehearsals. She falls in love with Shakespeare. Hammoudi, 8 years old, has wealthy parents; in the camp he can buy anything he wants, and the dramatic situation in his home town barely seems to get through to him. That’s not at all the case for Ferras, the 10-year-old introvert who is haunted by the war and who, in the camp, works very hard for a living. Equally haunted is the open, assertive 12-year-old Fatma, who makes friends with a rooster. Despite their situation, these children clearly have the ability to make something out of nothing: a wad of paper becomes a football, two insects become a zoo.
Through the eyes of these four children we see and feel how it is to grow up in Zaatari. Though it is a place with so few resources and few prospects for improvement, it has room for their dreams of a future elsewhere.

Screening on Sunday March 26th will be a special benefit for Syria! See Dutch page for further information.