The Handmaiden is set in the 1930s during the Japanese colonisation of Korea. A young woman is taken on as a housemaid by a rich Japanese heiress who lives on a large privately owned estate. She is far removed from the outside world and in the power of her tyrannical uncle who wants to marry her.

A fabulously wealthy Japanese heiress Ms Hideko (Min-hee Kim) has spent her entire life in isolation and is completely at the mercy of her unpredictable and tyrannical uncle Kouzuki. One day the apparently naive and beautiful Sook-hee (Tae-ri Kim) is hired as a housemaid on the estate and a romance blossoms between the two women. This is no fairytale about an impossible love, but a conspiracy film in which nothing is as it seems. The highly intimate bond between the housemaid and her mistress is the starting point for an unparalleled power game. 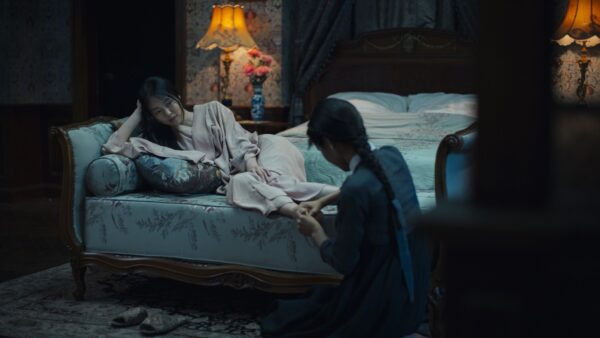 With The Handmaiden, Chan-wook Park returns with an sure-fire international hit. The film has won multiple awards and at the 2016 Cannes Film Festival was nominated for a Golden Palm. The director has structured each of the film’s parts so that they are adventures in their own right. For this and other reasons, the film can be regarded as an complete masterpiece.